Who knew? The folks at Andiamo Restaurant Group are into Motocross. Michiganders love the sport, and this weekend we have the opportunity to attend a live professional MX event for the first time in a long time. They are racing at RedBud MX and everyone is welcome. Andiamo and ClubMx are sending out the invitation.

The stars and stripes will be flying as the Lucas Oil Pro Motocross series comes to Michigan on July 3, 2021. Andiamo Restaurant Group, a Michigan owned and operated restaurant group servicing the metro Detroit area for over 30 years, has teamed up with ClubMx, a premier motocross race team in South Carolina, to become the primary sponsor for the RedBud National Motocross event in Buchanan Michigan on Saturday, July 3.

The RedBud National Motocross event in Buchanan, MI will be the fourth stop in the Lucas Oil Pro Motocross Championship series, which hosts 12 races and runs from coast to coast. This annual 4th of July motocross event is expected to entertain over 40,000 spectators from all over Michigan, Indiana, and Ohio.

The Andiamo Restaurant Group and ClubMx sponsorship will reach new audience groups by hosting an on-site giveaway for attendees and running an online interactive promotion where fans can enter to win one of 100 $25 Andiamo gift cards and a grand prize of $2,500 cash!  The sponsorship will also include a special “All American” paint scheme on the team’s motorcycles, featuring the Andiamo logo. More details can be found on their Instagram pages @andiamoitalia and @clubmx. 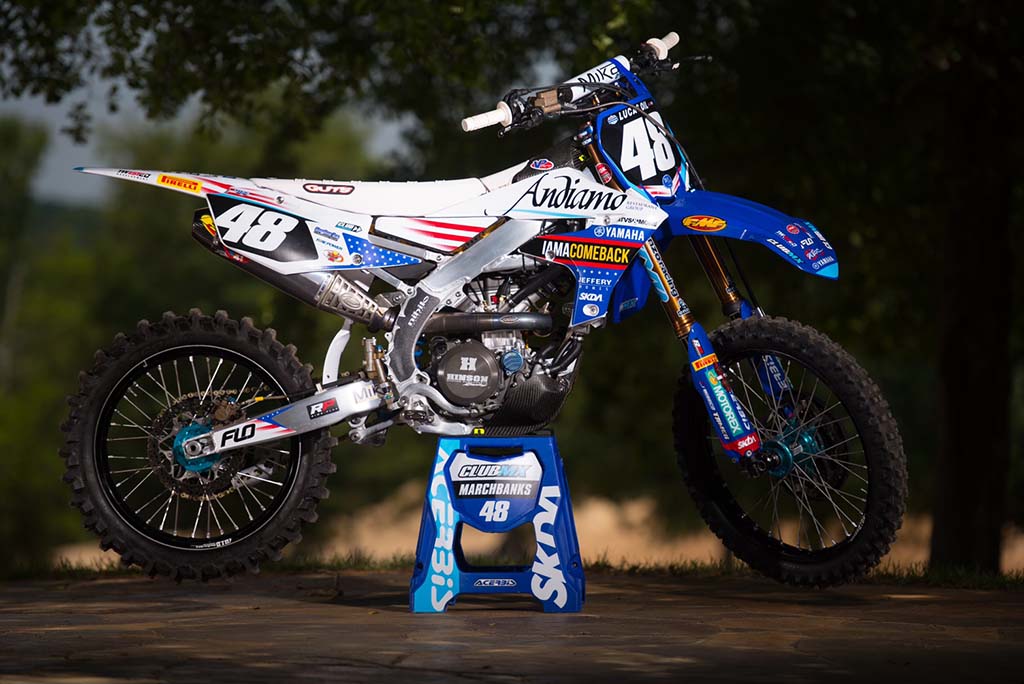 “We are excited to be a part of this fun and lively sporting event. It’s new territory for us, both geographically and in the sports realm, but we are hoping to spread the Andiamo name even further into the market,” stated Dominic Vicari, Operating Partner for the Joe Vicari Restaurant Group.

The Lasco Press will bring you live coverage from RedBud this weekend.

Tickets for the Lucas Oil Pro Motocross Championship can be purchased by visiting https://promotocross.com/schedule

Tickets for the RedBud Motocross event on July 3, 2021 can be purchased by visiting https://redbudmx.ticketspice.com/redbud2021

The Chesterfield, SC based company is the premier motocross training facility in the country and home to the ClubMx pro motocross racing team. Known as the top privateer team on the Lucas Oil Pro Motocross circuit, they have a tremendous following of fans from all over the country and several parts of the world. The focus this coming 4th of July weekend will be the largest fan attended outdoor event of the year at the fourth round of the series that races from coast to coast.

Buchanan, Michigan’s RedBud is the centerpiece of the Lucas Oil AMA Pro Motocross Championship. Located just above the Michigan-Indiana state line, RedBud is among the most highly regarded motocross tracks in the world, and every July Fourth weekend becomes one of the region’s biggest events in general. Located in the beautiful rolling hills of southwestern Michigan – a state with an affinity for off-road recreational vehicle use – RedBud has bragging rights to claim the largest attendance of any U.S. motocross race, year after year.

In 1989 when Andiamo opened its first Italian restaurant, the goal was simple – deliver fine Italian cuisine by using the freshest seasonal ingredients and prepare them from scratch each day. This goal set by the late Master Chef Aldo Ottaviani, has served as the foundation for Andiamo’s longstanding success. The Joe Vicari Restaurant Group owns and operates six Metro Detroit Andiamo locations in Bloomfield Hills, Dearborn, Detroit, Fenton, Livonia, and Warren, an Andiamo within Detroit Metro Airport, and the Andiamo Celebrity Showroom (an 800-seat concert/event venue located within Andiamo Warren).

Andiamo has never strayed from its founding principles and continues to provide exceptional service and authentic Italian cuisine prepared by hand every day. Family-owned and operated; Andiamo Restaurants are part of the Joe Vicari Restaurant Group. The Vicari family not only owns the group, but they operate and monitor all their properties personally to ensure the highest quality of food and service.

The Joe Vicari Restaurant Group is family-owned and operated. Headquartered in Warren, Michigan, they are home to Metro Detroit’s most award-winning restaurants and known as the largest independent restaurant group. They have brands from five-star dining to family-friendly restaurants and employ over 1,100. For over 30 years, Detroit restaurateur Joe Vicari has opened restaurants based on three basic principles: fresh authentic cuisine, impeccable service, and a warm, inviting atmosphere, which are the values carried in their eight restaurant brands.

The Joe Vicari Restaurant Group will also be opening The Statler Bistro, an American/French Bistro and Market in Detroit in May 2021. In addition, the group also runs an Andiamo Food Truck and one of the largest Catering & Event Management Companies in Michigan bringing great food and hospitality to thousands of people at meetings, charity affairs, and major sports events like the Chevrolet Detroit Belle Isle Grand Prix.