Residents to Vote on Road Improvements this November 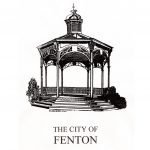 The City of Fenton City Council approved a street improvements bond proposal that will be
up for voter approval on the Nov. 2 ballot. The council vote was 7-0.

“Road funding is a challenge for every municipality in Michigan,” said City Manager Lynn Markland, “Fenton has made good use of federal and state infrastructure money, but it comes with limitations, such as not allowing use for residential streets (streets that are not eligible for federal funds), and leaves a big gap between street repair need and funding available. “If this proposal passes, we can get to work on many of the streets that are in the most need of repair,” Markland said.

Fenton Mayor Sue Osborn emphasized the improvement over the 2018 measure. “This is a good resolution for collecting funds to do our roads. With $8 million in the first year, we’ll be able to do more roads in less time at less cost to the taxpayer.”

City officials said the DDA would not receive any proceeds from the bond sale. Council Member David McDermott said the proposal would have benefits beyond improved roads. “This is a good investment in our roads and in the value of our own property,” he said.

The bond proposal will be on the ballot at the November 2 General Election.

The City of Fenton City Council approved a contract with a new refuse and recyclables hauler, the vote was unanimous.

The new contract with GFL Environmental, a Canadian company with a regional base in Sterling Heights, calls for households to receive new recycling and refuse carts in advance of Wednesday, Oct. 6, which will be the first collection day with the new provider.

“The service we have been receiving does not meet the city’s nor our residents’ expectations. We have worked diligently to land a new provider under terms that are acceptable.,” said City Manager Lynn Markland “Also, the customer will realize a cost savings of $74.84 in the first year.” Under the terms of the contract, households will be given new bins under the following guidelines:

Once the new service begins, residents will have 45 days to swap bin sizes at no charge. They may also acquire additional containers for $65 per large container and $35 per small container. Residents can use unofficial containers also, as long as any container being used for recycling is clearly marked.

The new contract replaces one with Republic Services that the city chose not to renew. Apartment communities will continue with the service provider of their choice. Members of the City Council said at the meeting they were optimistic and looking forward to having a
new provider.

“We have received excellent references for this waste hauler,” Fenton Mayor Sue Osborn said. “I expect GFL will do an outstanding job for the citizens.”

The City of Fenton City Council approved an agreement with The State Bank, which will give $500,000 for construction of Phase Two of the Linden-Argentine Township-Fenton Township-Fenton Pathway. 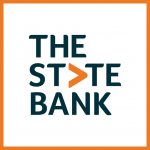 Phase Two, which will be named The State Bank Trail, is a two-mile-long, 10-foot-wide paved trail that will be built along the south side of Silver Lake Road from Jennings Road in Fenton to Triangle Park in Linden. Phase One, the Silver Lake Road Trail, was completed in October and goes from Argentine Township to the City of Linden.

The agreement includes the City of Fenton, the Southern Lakes Regional Metropolitan Parks and Recreation Commission, The State Bank, and LAFF Pathway Inc., a nonprofit corporation that raises funds for, promotes, and will maintain the trail. It gives the bank naming rights for Phase Two forever and allows for a name change should the bank merge or be sold.

More information about the project can be found at http://www.laffpathways.com

United States Jumps Out to Big Lead Day One at the...