Last month the amazing CrossFit athletes from all over the world competed at their affiliate gyms to test their personal fitness against themselves and those in various regions of their country and world community.

As described on CrossFit.com;

“Welcome to the 2022 CrossFit Games season! It all starts with the Open, a three-week international competition where anyone — regardless of fitness level or ability — can join in on the fun.”

“The largest participatory sporting event in the world, the Open is an opportunity to unite globally as a community to not only test our skills against our peers, but also to support, encourage, inspire, and celebrate each other as we push past our perceived limitations and overcome challenges.”

We have reported many times on the support, encouragement, and inspiration provided by our local affiliate, CrossFit Fenton. The focus is not on breaking world records but on achieving personal benchmarks indicating how an individual is progressing on their path to better fitness.

Everyone’s successes are celebrated, small and large. It is a major accomplishment in the sport to advance past the first round of Open competition. Almost 300,000 athletes worldwide participated in the three-week, three-workout challenge. Only the top 10% from each continent advance further for more tests of fitness with hopes of reaching the CrossFit Games Finals.

CrossFit Fenton saw 15 athletes advance to the next stage of testing. Eight of those athletes, having qualified for the individual division, competed in Quarterfinals in late March at CrossFit Fenton.

The number of individual qualifiers from CrossFit Fenton doubled in 2022. Returning for their second consecutive Quarterfinals were athletes and coaches Jamie Lasco, Mitch Babcock, Johnny Clark, and Billy Glowacki. Joining them for their first year in the quarterfinals were Tyler Young, Renate Hanschmann, Kristen Dean, and Justin Trombley.

The Quarterfinals are where these athletes are really tested against themselves, can they excel under the most grueling workouts to improve their individual fitness levels. Only 120 athletes in all of North America advance past the Quarterfinal stage.

The Quarterfinals consisted of 5 workouts to be completed in a short time frame between a Thursday to Sunday weekend. While the CrossFit Open, the initial phase of testing, looks at more simplistic tests of metabolic conditioning, strength, and skill, the quarterfinals testing ups the ante by testing more advanced gymnastics skills, heavy weightlifting, and intense metabolic conditioning. Athletes are pushed to 1 rep max strength levels, high heartrate anaerobic thresholds, and long duration aerobic bouts.

Workout #1 tested athletes with the increasing difficulty of handstand pushups and dumbbell lunges inside a 15 minute time window.

Workout #2 completed that same day saw one of the most complex CrossFit movements, the ring muscle-up, paired with single-leg squats known as pistols, and glute-ham developer (GHD) situps. Ouch! Check out this video.

This combination of movements taxed the legs and midline heavily before asking the athletes to complete the very difficult ring muscle-up. Athlete Renate Hanschmann was able to get her first-ever ring muscle-up during her session – the ultimate celebratory moment after 7 years of CrossFit!

Workout #3 saw a new movement to the competitive CrossFit catalog – the shuttle run – paired with wall balls and 15’ rope climbs in what would be the longest workout to test the athlete’s endurance. The shuttle run is the line-to-line sprint incorporating floor touches that basketball coaches often use to condition their players. The mounting fatigue and elevating heart rate made the rope climbs more and more difficult as the workout progressed.

Workout #4 was all about strength with the barbell, as the workout consisted of 1 rep max in 3 movements – the clean, the bench press, and the overhead squat. Athletes were given a 30-minute window to total the biggest lifts they could in all three movements.

The final workout, session #5, was a high-speed test of rowing and burpee box jump-overs that finished with a heavy barbell snatch at 185 pounds for men and 135 pounds for women, a weight that is near or above some athletes 1 rep max. It wears me out just reading it, maybe I should up my physical activity.

There is still an opportunity for some of CrossFit Fenton’s fittest to test their fitness levels against athletes in their specific age groups. These next stage workouts are set for the weekend of April 21-24. 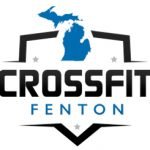 If this sounds like the type of activity you would like to be involved with, the community is always open to new members. CrossFit Fenton’s website provides complete details. https://crossfitfenton.com/

Michigan Renaissance Festival, Are You Thinking of Going