NASCAR Cup Series driver Erik Jones is coming home to host a fundraising event for his charitable foundation at the Birch Run Speedway and Event Center on Thursday, May 19th. The event, Three Reasons to Race, is the first for the Erik Jones Foundation whose mission is to change lives by igniting children’s passion for reading, encouraging early cancer detection and care, and promoting animal welfare. Three initiatives that are close to his heart.

Erik’s success in his racing career has given him the opportunity to give back to his community. In 2021, the Erik Jones Foundation was officially started as a Non-profit 501c-3 organization.

Three Reasons to Race will include a unique race-gaming experience where guests can win cash and prizes. There will also be a 50/50 raffle and a silent auction featuring mementos from such notable NASCAR personalities as Richard Petty, Kyle Busch, Ty Dillon, and Jones as well as other items. Including four round-trip tickets on Allegiant Air, authentic sports items from the Detroit Tigers and Flint Firebirds, plus two tickets to the FireKeepers Casino 400 NASCAR Cup Series race on Aug. 7 at Michigan International Speedway in Brooklyn.

“I love going back home and reconnecting with friends and family, and now we’re able to do it with our foundation and raise money for a great cause. May is National Skin Cancer and Melanoma Awareness Month. A portion of the proceeds from this event will be donated to the Melanoma Research Foundation, a group I’ve worked with for several years.”

“I lost my dad to cancer, and it’s made me so mindful of how important early detection is, because the sooner you diagnose it, the more options you have for treatment. This fundraiser will go directly toward research that provides those options.” – Erik Jones, owner of 18 wins across NASCAR’s top-three national touring series – Cup (two), Xfinity (nine), and Camping World Truck (seven). 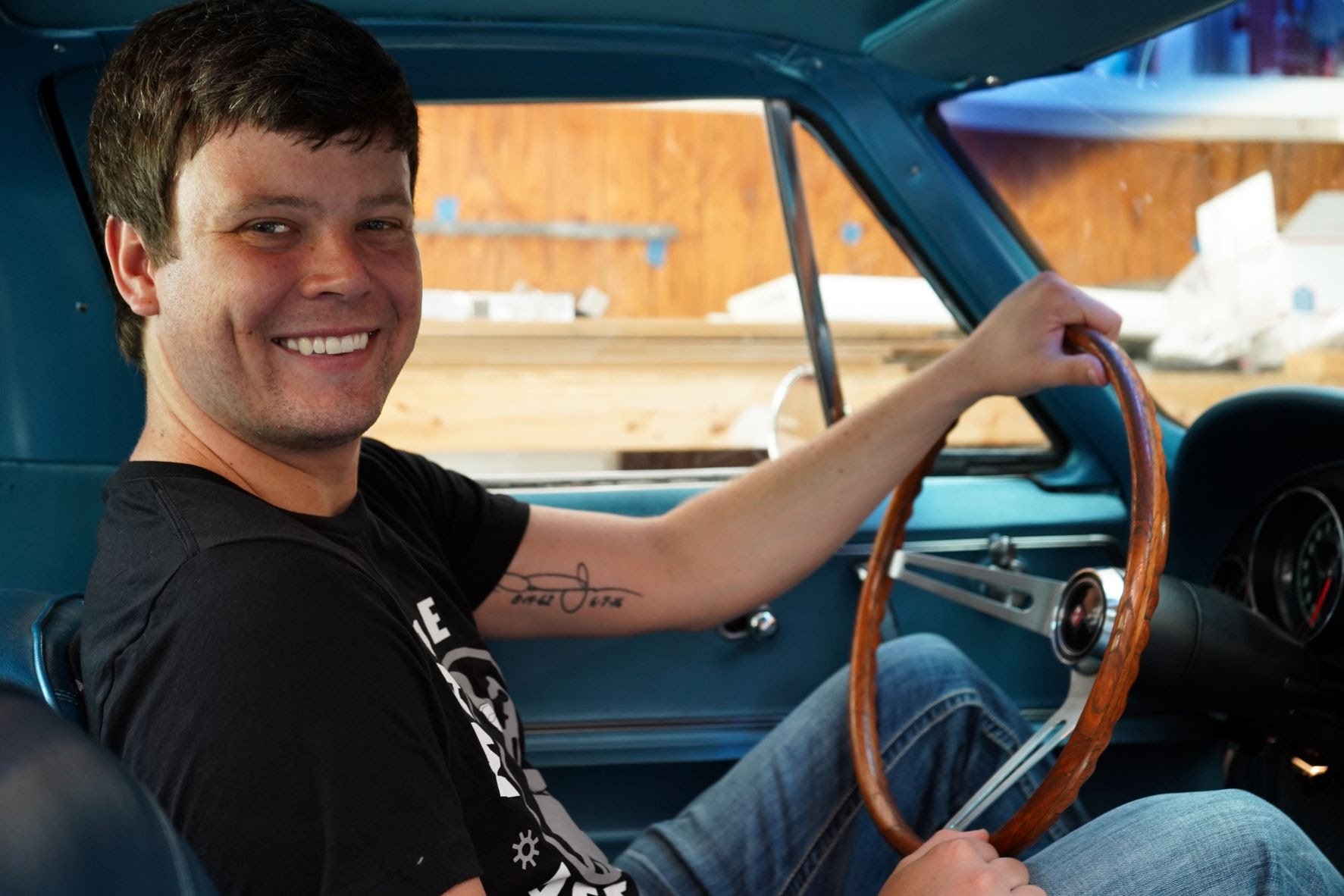 The Birch Run Speedway and Event Center is located at 10945 Dixie Highway, Birch Run, MI 48415. Three Reasons to Race begins at 5 pm and is expected to last until approximately 10 pm.

Tickets are $125 and can be purchased online at the Donation Page of the Foundation’s Website. 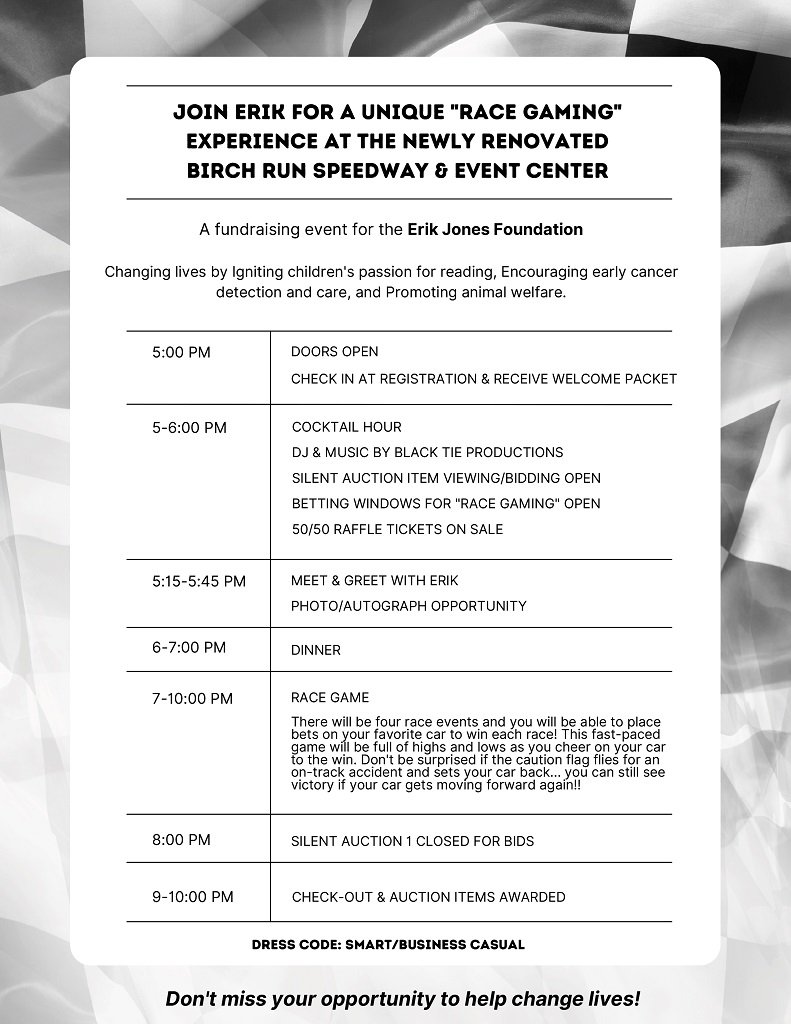