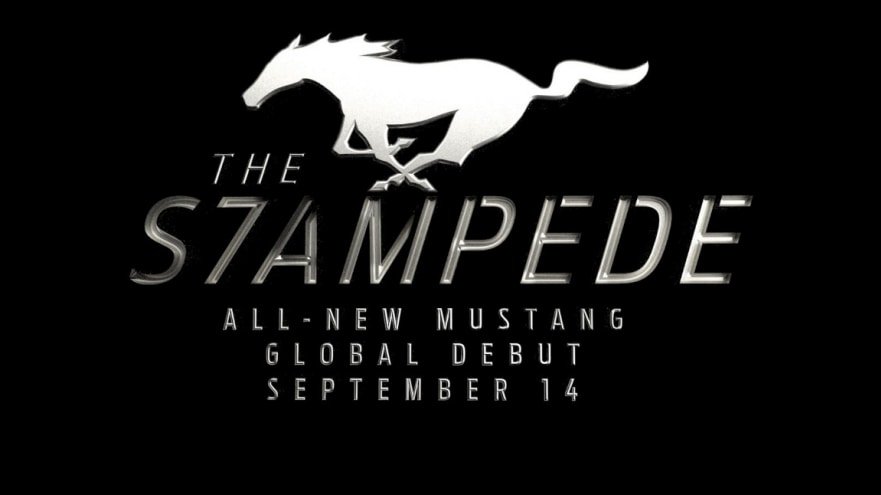 For more than 58 years, Mustang has stood for exhilarating freedom, and now it’s time to welcome the next generation of Mustang. Ford invites Mustang owners and fans to participate in the countdown to The Stampede, the all-new Mustang global debut event on September 14 as part of the Detroit Auto Show activities.

With the backdrop of the Motor City and thousands of invited Mustang faithful, Ford employees, and global media in attendance, The Stampede kicks off the next chapter of the Mustang story.

“Mustang is the world’s best-selling sports car because there’s one for everyone – from an EcoBoost convertible to 5-liter V8 GT fastback coupe,” said Jim Farley, president, and chief executive officer, Ford Motor Company. “Now it’s time for a new stampede of owners, fans, and employees to welcome the next chapter in Mustang’s legacy – the seventh generation, which will be our best yet.”

At the very starting point of where Woodward Avenue, America’s first paved road begins, Ford invites Mustang fans around the world to descend on Hart Plaza for the debut of the all-new, seventh-generation Mustang taking place on Sept. 14 at 8 p.m. EDT.

“When we conceived the idea of an indoor-outdoor Detroit Auto Show, The Stampede was the kind of event we hoped and believed was possible,” said Rod Alberts, executive director, Detroit Auto Show. “We are proud to support Ford with what will be an absolutely iconic milestone, celebrating the heritage and future of the Mustang, as well as the global mobility industry, right here in Detroit.”

For Mustang fans who will not be in Detroit, The Stampede will be broadcast live on social channels, including Ford YouTube and the Ford Mustang Facebook page.

The Drive Home to The Stampede

Kicking off on Sept. 6 at LeMay – America’s Car Museum in Tacoma, Wash. – The Drive Home to The Stampede will cross nine states, plus more than a dozen stops. The final leg of this celebratory journey will see owners gather at Ford World Headquarters on Sept. 14 ahead of the reveal to parade together to The Stampede reveal event.

“We are honored to partner with Ford for The Stampede, rallying Mustang enthusiasts across America to promote the reveal of the all-new Mustang,” said David Madeira, vice chairman of America’s Automotive Trust. “Our annual, cross-country road trip, The Drive Home, is a partnership with the Detroit Auto Show created specifically to celebrate America’s love affair with the automobile. And The Stampede, celebrating the iconic Mustang, epitomizes what The Drive Home to Detroit is all about.”

Entering its seventh year, The Drive Home is an annual cross-country road trip that celebrates America’s motoring legacy throughout the country in the days leading up to the Detroit Auto Show.

Ford Motor Company (NYSE: F) is a global company based in Dearborn, Michigan, that is committed to helping build a better world, where every person is free to move and pursue their dreams. The company’s Ford+ plan for growth and value creation combines existing strengths, new capabilities, and always-on relationships with customers to enrich experiences and deepen the loyalty of those customers.

The North American International Auto Show (aka Detroit Auto Show) is one of the most influential annual automotive events in the world and a showcase for emerging technologies. September of 2022 ushers in the next-generation auto show in Detroit featuring a totally transformed indoor and outdoor experience, including brand-defining vehicles, product ride-and-drives, and dynamic experiential activations.

Media Day: an opportunity for automakers and industry suppliers to debut new products and technologies.

AutoMobili-D: an inside look at future mobility platforms.

Public Show: a nine-day mobility and community celebration with activations and entertainment citywide.