Michigan is home to a lot of talented people. Every year singers try out in blind auditions trying to impress four coaches with their vocal talents on the hit NBC TV Show “The Voice.” And every year we see some of the best voices in Michigan get their shot at being discovered as up-and-coming stars in a variety of music genres.

The Voice Season 22 premiered Monday, September 19 at 8 pm on NBC. There are some changes in store for this season. For starters, Camila Cabello and Gwen Stefani will be joining Blake Shelton and John Legend in the Coaches’ chairs. 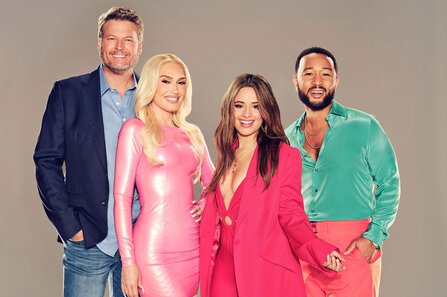 Jimmie Allen will be the Battle Advisor for Team Blake. Allen was nominated for Best New Artist at the 2022 Grammy Awards, and his most recent album, Tulip Drive, arrived in June.

The Battle Advisor for Team Camila is Charlie Puth, who’s been nominated for four Grammys and has topped the charts with songs like “See You Again” (with Wiz Khalifa), “We Don’t Talk Anymore” (with Selena Gomez), and “Attention.” His first two studio albums stampeded the Billboard 200 chart, and his third, Charlie, is expected to drop in October.

Rounding out the Battle Advisors is Sean Paul for Team Gwen. With a chart-topping discography that spans decades, nine Grammy nominations (including one win), and a legacy as one of Jamaica’s most prolific Artists, Sean Paul is the perfect person to bring Contestants on The Voice to the next level.

After week one of the blind auditions, two Michigan natives are among the contestants already selected to compete in this year’s show.

Sadie has always loved being outdoors and turned her passion for hunting and fishing into a way to connect with her online audience. Despite her intense fear of performing, Sadie eventually built up the courage to release her first singing video on Instagram, which received overwhelmingly positive reviews. As she gained more popularity in the Michigan area, she began playing solo shows and was invited to open for major artists such as Brantley Gilbert and Billy Ray Cyrus. In 2020, she made the big move down to Nashville to further her music career. When she’s not waitressing at her local breakfast joint, she’s writing, performing, and chasing her dream in Music City.

A go-getter and avid athlete, Brayden hails from a small town where everybody knows everybody, and a lot of his childhood was spent outdoors. At just 15, Brayden started playing 30-minute slots at restaurants in his hometown, which his little brother loves to brag about. When Brayden isn’t working on his music, you can find him playing basketball, football and baseball. Brayden’s mom has always pushed him to be his best, even when he wasn’t confident enough to feel it himself. He hopes to make her proud by chasing his dream on “The Voice.”

Blind auditions continue until each coach fills their team with 14 artists. Follow along in The Lasco Press.

Michigan Entering the Deep Freeze, Here’s What You Need to Know