Meet Fenton resident Jill Wagner. Jill is retired and has just started a new career as a fiction writer. What better time to turn a hobby into a business than when you are free to do what you want when you want?

Jill just published her first psycho-crime thriller titled Jane’s Journey. It is available in hardcover, softcover, or by download from Amazon. In the spirit of full disclosure, I have not read the novel. But, I think I will. Here is the description from Amazon’s website. 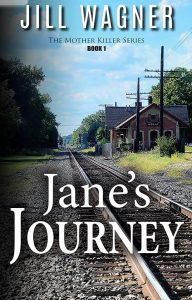 “Jane Newell’s goal to hunt and cage serial killers began when she learned that her father had been torturing and murdering women her entire life. She was orphaned at 15 years old when she watched law enforcement storm her house and arrest him.”

“Jane’s quest to speak for the victims of society’s worst type of evil began when her diligence and hard work earned her a place on the most elite team in the violent crimes division of the FBI.”

“When Jane’s first case was to find her father’s copycat killer in her hometown of Holly, Michigan, just two hours from where he was serving multiple life sentences, she did not know that she’d have to navigate her way through an entangled maze that began when she was only 15.”

“As the body count grew, the lines Jane drew between the new kills and her father’s began to intersect when she started receiving mysterious and cryptic text messages that implied a familiarity to pieces of her life that she’d kept hidden.”

“Would Jane’s secret pursuit of her unidentified adversary help solve the gruesome case? Or would it put an end to her career before it ever got started? Would her separate, off-the-books probe put her team, and her family in danger?”

Jill’s bio on Amazon gives a quick overview of the aspiring author. 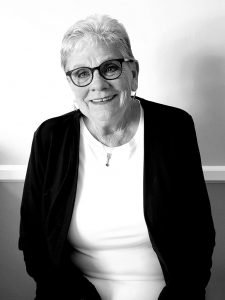 “Jill is a retired insurance agent fulfilling her lifelong passion for writing novels. Her penchant for reading, coupled with her interest in suspense and crime, inspired her gripping breakout novel, Jane’s Journey. When she’s not reading or writing, you can find Jill supporting her kids and grandkids, on the porch with her red lab, Georgia, or on up north golf and casino trips with her husband, Al, and their large group of friends.”

What is not in the bio is the story of her book. Jill says it took about nine months to complete the project, from laying out the storyline to completing the publication.

Surprisingly she had no experience in law enforcement or criminal investigation when she began writing. Just, “lots of research” went into her work, according to Jill. While she had written some items for fun throughout her career on a freelance basis, this was her first attempt at a full-length novel.

“I loved the process, I worked at it every day, pouring over the text, scratching some portions, and re-writing other parts.” Jill’s daughter, Shay, helped with the project. According to Jill, “I could not have done it without her help. She pulled together the other aspects of creating the book while I did the writing.”

The book is a self-published work using Amazon’s author platform, and Shay helps with the promotion that the author must do for themselves. Jane’s Journey currently ranks in the Top 100 popular reads under the Crime Thriller category in the Kindle Store.

With the satisfaction received from her efforts and the positive feedback the book has produced, Jill is eager to start her next novel. It will follow the exploits of her FBI agent character Jane Newell and become the second installment in The Mother Killer Series that Jill would like to keep expanding.

Here’s wishing Jill continued success. And when you see her on the talk show circuit promoting her work, remember, you heard about it first in The Lasco Press.

Popular Restaurant Ford’s Garage to Add Another Location in Michigan